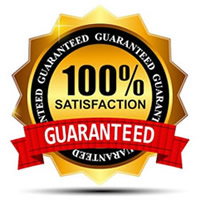 Tork Tools and Tork Tek products are 100 % guaranteed to give you the absolute top quality! Our dodge diesel tools are made from the highest quality material for durability and long life. 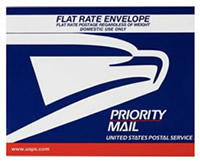 Torkteknology will ship your diesel tool to you via United States Postal Service. It is safer than U.P.S. and keeps your shipping cost low.

If you have purchased a Tork Tool or Tork Tek product from Torkteknology.com, please feel free to add your own review. Thank you for taking your time to review our products !

I suspected a bad injector and when I tried to remove it I could not. I never had trouble removing one before. My local shop loaned me a slide hammer type of puller and the injector did not move. I have to make a point here, my engines are Cummins 4BTAs, and the engine hatch lifts up at an angle. I was working on #4 cylinder and just barely had enough room to use the slide hammer. If it was any other cylinder the slide hammer would not have had enough room to operate. I received your CIP030 today and went out to the boat to remove the injector. I could feel it started to pull the injector as soon as any slack was removed when tightening the nut. I used up all the travel and still could not pull the injector out. I had to slip a wrench under the washer to increase travel. It was about 1 inch of travel before the injector could be removed.

Thanks for saving my skin!

$50 well spent. Took fifteen minutes to install and solved every fuel problem I was having. Rough idle, start and lack of power....all solved immediately after install. I recommend purchasing this item for preventative maintenance. Just do it before you have an issue!! Tork Tek was very helpful and even upgraded me to a better valve. Thank you Tork Tek team.

So I own a 1989 M23A2 5 Ton military truck with a 8.3L cummins motor. On the open highway I average about 65mph and about 8mpg. But as soon as I hit any steep inclines (like the mountains I live in) the truck would fall flat on its face, drop all the way to down to first gear and lug all the way up. After much internet searching, I discovered the P7100 fuel plate mods, only to discovere that my pump was ordered by the military to be tamper proof. So no modifications could be done except to turn up the star wheel to preload fuel to boost pressure levels. Helped, but only slightly. More internet searching and I found your articles. After reading the articles I immediately bought myself an electric fuel pump and calculated the appropriate fuel hose sizes, and added your 040 return valve. I decided today would be a great day to add my testimonial seeing that my truck just started up in -4 degree weather, not being plugged in for over two months, and no glow plugs to speak of. It did require a little bit of added throttle to get going, but fired up after only a few seconds of cranking. No unsual loping in the idle, no rough idle. Your articles truely made the truck start and run so much better. I did perform a road test about 3 months ago where I drove about 350 miles. My average mpg was about 15, and that was with climbing multiple mountain ranges and hauling about 500lbs of cargo. No longer shifts down to first, I climb hills in third and at full boost. I am excited to read future articles and wanted to thank you for your great work.

I recently purchased 2 of these over flow valves, one for my custom project and the other for one of my company trucks. I never would've though that a slight change in fuel pressure going to the injection pump would make such a difference. The work truck since i purchased it was always sluggish of the line with the manual trans and would shake a bit on the take off. Now its a mule, and the shake is completetly gone. That same valve also make a huge improvement on my 400hp van project as well. excellent product and well worth the money. Thank you

Bought an adjustable OFV for my 12v. WOW! I cant believe how much of a difference this one part makes. I am so happy with the truck now. Before it was a dog pulling a sled off the line.. Now its like a horse running with a saddle off the line.

Faultless design! Works better than others.

I recently bought your 12 valve valve spring tool. Wanted to let you know what an effective and oh so simple tool to use. I was worried because recently I have bought other tools that I thought were going to help out on my project. They all either broke or didn't work they way they were advertised. Yours didn't break and it worked great. Especially since I've never been into a head this far and I was pulling all the valves to replace the seals while I had the head off. Keep thinking up this stuff. Not often these days we get an engineer to come up with something that's actually useful. Thanks again for the great product!

I had a problem getting any power on top end and it worries me. Then it progressed and got so bad I barely got over 40 mph. Finaly the truck kept dieing and after lots of research this product kept coming up to be the rite fix. Soooo, two days later after I ordered the ofv010 I swapped them out and my truck ran better than new and had so much power I didn't recognize my own truck. Thank you so much for this great product.

months and months ago, i bought both your 14mm gauge snubber and tork tek 060 OFV and wrote a review about it. It wasnt very detailed because of how excited and amazed i was by your product. And i just wanted to send a private email and let you the people of Tork Teknology know that i stand by & behind your products 100% After the install of the 060 OFV, the first thing i noticed on start up was how smooth it made my truck run. It never ran rough but it seriously made it run that much smoother. Also, the HP gain. To Be honest my pump is not benched and alls i have done is LOTS and LOTS of tuning and put in a set of CDS 5k GSK's. It made good power but again, after the install of the OFV my truck fueled harder and maintained costant fuel pressure from no throttle to WOT. Im really unsure of how much HP i actually gained but when driving the truck, its a dramatic change from before and after the OFV!! And lastly, when im driving the truck normal around town or on the highway, i have noticed and gained 5 MPG's! At some point in time, i will re-install my old ofv and collect hard data to provide and show legitimate proof of fuel milaeage gains, hp gains, fuel pressure gains & sustainability, and as well as longetivity. Im just really super happy with the product, and always recomend it to people looking for OFV's, and in that case any product from tork teknology. Again, thank you for putting your hard work and time into these quality A+++++ parts!

We take great pride in offering a safe and secure online shopping experience.

You may return any Tork Tek or Tork Tool within 45 days of your purchase.

Join Tork Tek Mailing ListSign Up for "How to Tek Videos" showing how to work with our tools.

We promise to only send you good things. 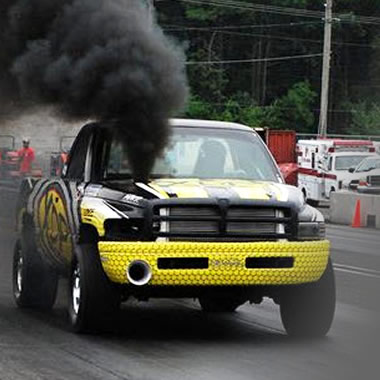